Following the UKâ€™s decision to leave the EU, The Scotch Whisky Association (SWA) has urged the government to prioritise a free-trade agreement with India, reports Drinks Business.

â€œIndia, for example, is a growing market for Scotch but we are being held back by a 150% import tariff. EU talks with India have proved challenging for a decade now and we hope the UK will now take a fresh approach to securing an ambitious trade agreement.â€ 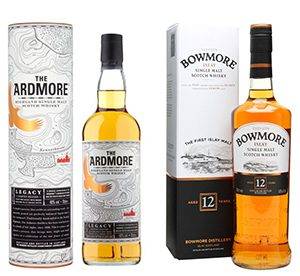 Given the changed scenario,Â Beam Suntory is betting on increased business with India and has launched two peated single malts in the market â€“ The Ardmore Legacy and Bowmore 12 Year Old.

Launched under its Peated Malts of Distinction portfolio,Â the whiskies join Islay malt Laphroaig 10 Year Old, and signal the companyâ€™s continued commitment to the India market, where it sees huge potential.

â€œIndia is one of the worldâ€™s leadingÂ Scotch markets, and we expect these incredible brands to become exclusive and aspirationalÂ expressions in India,â€ said Beam Suntory in a statement announcing their release. â€œWe are confident that these three premium peatedÂ malts, The Ardmore Legacy, Bowmore 12 Year Old and Laphroaig 10 Year Old will stand out forÂ their quality, unique flavour profiles and compelling heritage,â€