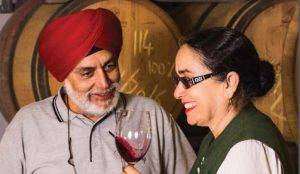 Stephen Quinn meets India-born, Australian winemaker Paramdeep Ghumman â€“ for whom winemaking is a labour of love â€“ at his winery in the Mornington Peninsula.

For Paramdeep Ghumman, an electrical engineer by profession, the journey to become Australiaâ€™s only Sikh winemaker was very different from the education of the Burgundian winemakers he so admires. Param grew up drinking tea, while his French counterparts learned about wine at their fatherâ€™s knee. He was aged 30 before he tasted his first glass of wine, champagne, on a flight from India in 1981. That was the year he and his wife Nirmal, a doctor, migrated to Melbourne where he worked in the IT industry and she as a doctor. At the time, Param never thought he would make wines that are currently served at some of Australiaâ€™s best restaurants. 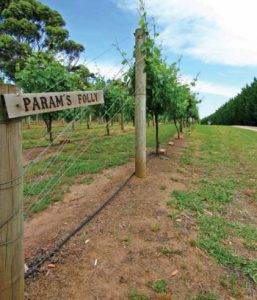 Param studied electrical engineering in India and worked for major companies such as IBM. When he and his family migrated to Australia,he worked as a software designer and IT consultant. But winemaking was always his passion and he started to learn about it in 1996. He is especially fascinated by the wines of Burgundy and his wines are European in style. His Sauvignon Blanc is more Sancerre than Marlborough, and his Chardonnay and Pinot Noir are decidedly Burgundian.

In 1991 the couple purchased 20 hectares (50 acres) of pastures in the rolling hills near the village of Flinders on the southern tip of the Mornington Peninsula in Victoria, about 100 kilometres from Melbourne. The land, previously used to raise beef cattle, was almost bare and Param worked hard to plant trees as windbreaks against the prevailing winds. The propertyÂ did not have electricity and they relied on solar panels initially. The estate features two large railway carriages close to the winery. These were made in the 1930s and are a link to Paramâ€™s ancestors who worked on Indiaâ€™s railways. They also provided accommodation for their daughterâ€™s friends for sleepovers because the house the parents built in 1997 was too small to accommodate many visitors.